Ideal for building out a core of effective PvP decks, this bundle features 6 highly competitive and diverse decks, all hand-crafted by one of Infinity Wars' top players, ES. Smash the assault zone with the aggressive muscle of the Beasts of Fire deck, or wage mental warfare on your opponents with the combo-rich Demoralization deck. These decks are tailored to the strategic styles of all types of players.

1. Exiled Machines
Deck Type: Balanced
Complexity: Medium
Never give up control. Dominate the board from start to finish with a well balanced mix of defensively and offensively postured cards under an Exile and Genesis alliance. Set the game's pace with the random mayhem of the Exiles while buffing your Genesis cards for an all out, mid-game assault.


2. Beasts of Fire
Deck Type: Aggressive
Complexity: Low
A Flame Dawn-centric deck with the battering ram capabilities of The Warpath. Bide your time with low-cost attack cards before unleashing a number of higher cost defense breakers to overpower your opponent in the later rounds.

3. Demoralization
Deck Type: Combo/Morale
Complexity: High
Sometimes, victory is best sought through the hearts and minds of your enemies. Control the pace of the game with your commanders before unleashing a flurry of mid-game morality blows with key cards like Mass Death, Demoralize, and Glorious Warrior.

4. Overclock
Deck Type: Combo/Aggressive
Complexity: Medium
Overwhelm your opponent with the power of Genesis Industries. Buff your robots and scale them in size quickly with the mechanical genius of Lucca and Aleta. Keep the battlefield clear for attack with cards like Unstable Bomb-Bot and Winds of War.

5. Ascension
Deck Type: Aggressive/Flying
Complexity: Medium
Take to skies and fight from above. Utilize Tempus, Forerunners, and other Champions to mutually buff your cards. Chip away at your opponents defenses with your buffed flying cards to make quick work of any earthbound foes.

6. Unlimited Tokens
Deck Type: Combo/Swarm
Complexity: Medium
Many hands make light work. Stall the game with recyclable cards while utilizing Rita and Xi to amass an army of cheap spirits and minions. Buff your accumulated force with cards like Counting the Days and Jinhai Dojo, and deploy your highly buffed army to swarm your opponent
Show more 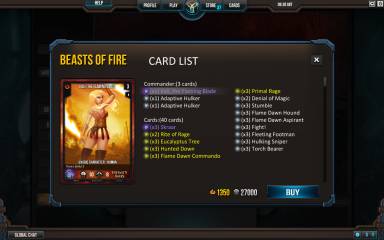 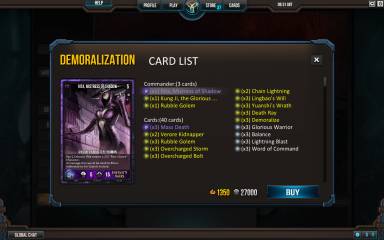 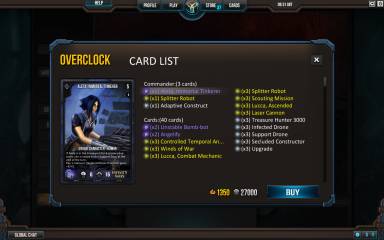 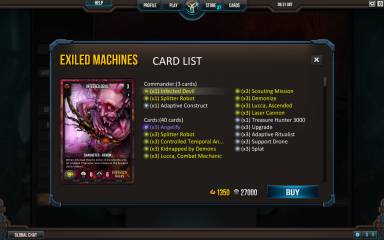 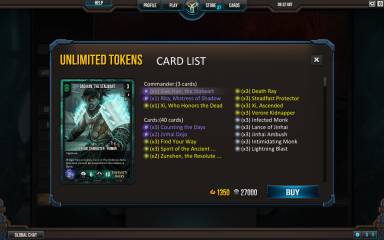 Author: Lightmare Studios
Get the Game