The days passed by, quietly and peacefully.
But all it took was a seemingly insignificant occurrence to throw everything into chaos.

Her small town transformed into a world of terror, crawling with zombies.
The zombie hordes appearing everywhere are being systematically decimated before the young girl’s very eyes.
Just what is going on...?!

An unprecedented tale of click-based action and suspense is about to begin.

Blow them zombies up real good with a single mouse click!
Simple, yet deep―get ready for a new type of zombie shooter!

Various types of zombies can be found walking/running/shambling around the screen. Take aim with your trusty shotgun and blow them to bits.

Character Introduction
Regular Zombie. Explodes normally.
Nerd Zombie. REALLY explodes.
Hatchet Zombie. Sends his hatchet flying when killed. Time to bust out some combos!
Bucket Zombie. Their cutting-edge headgear protects them from bullets! These guys can only be killed by a well-timed zombie explosion.
Damsel. She’s in distress―protect her!

Shooting the zombies causes them to explode. This explosion can take out other zombies as well. This is actually your best bet for taking them out in numbers.

The zombies are lined up nicely... Shoot the zombie on the far right, and...
BAM! Chain explosion!
You can’t beat the game simply by shooting zombies randomly. Aim wisely, and shoot, uh... wisely-er!
Can you clear all 50 stages (plus the three extras)?!
You can find the HTML files inside the installation folder. 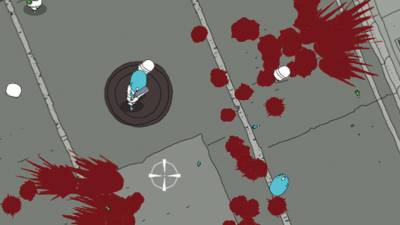 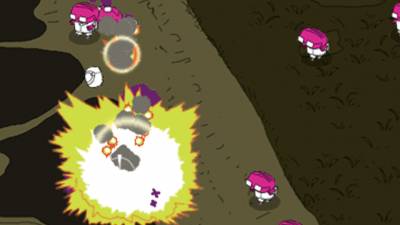 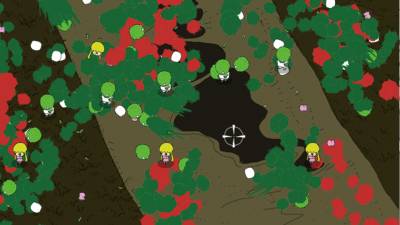 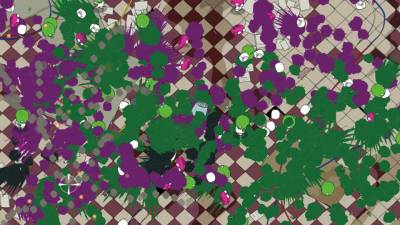 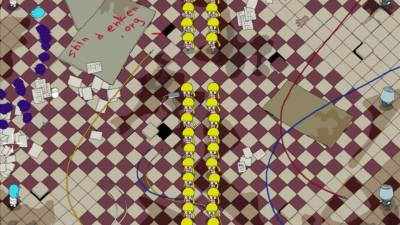